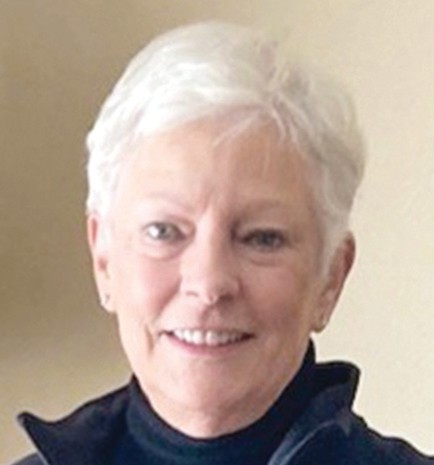 Born February 11, 1952, to Frank L. and Frances Gail Suffern in Dubuque, Iowa, she worked on Mackinac Island in 1972 and 1973 at Little Bob’s and Island House restaurants where she made some lifelong friends.

She spent her childhood and young adult years in Oelwein, Iowa, and earned a Bachelor of Arts degree in journalism in 1974 from the University of Iowa.

She married Richard L. Hauser at the Little Stone Church on Mackinac Island September 15, 1979. The couple lived in the Milwaukee area where she worked at the Wisconsin Fairgrounds managing the vendors.

She enjoyed golf, gardening, and travel. Her family says she was warm, funny, energetic, and went out of her way to make everyone feel comfortable.

She is survived by her husband, Richard, her sister-in-law, Susan Burlingame, and her nephew, William Hedrich and his partner Miriam Yaguian.

There will be a celebration of life at the Privato Restaurant 2 W. Geneva Street Williams Bay, Wisconsin, from 1 p.m. until 4 p.m. Saturday, July 23.

Memorials can be made to the American Heart Association or a charity of one’s choice.

Derrick Funeral Home of Lake Geneva, Wisconsin, is assisting the family with arrangements.