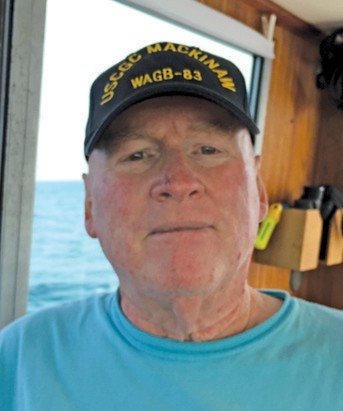 Mr. Staats taught high school biology and physical science at Warren Consolidated Schools for more than 30 years. As his last act of teaching, he made an anatomical gift of his body to the Michigan State University Medical School to further the education of future doctors. Both he and his daughter, Liz, are alumni of MSU.

After retiring, Jack Staats and his wife, Cristina, sailed extensively in the Mediterranean on a multi-year adventure.

His hobbies included boating the Great Lakes and amateur radio. He is a past commodore of Crescent Sail Yacht Club on Lake St. Clair and was active in other Great Lakes boating groups.

He was an active member of the amateur radio group Charlevoix, Cheboygan, Emmet County Public Service Communication Organization (CCECPSCO) and will be remembered by amateur radio (HAM) friends worldwide by his callsign, KB8RJ.

Most recently, Mr. and Mrs. Staats split their time between Mackinac Island and Boyne City.

His silly jokes and stories will be missed by family and friends around the world.

No services are scheduled.

Beacon Cremation and Funeral Service of Traverse City is assisting the family with arrangements.